Antigua dissatisfied with US position on Internet gaming

Prime Minister Baldwin Spencer says the United States (US) has not done enough to settle a long outstanding Internet gaming dispute with Antigua and Barbuda.

The Antiguan PM met with the US Trade Representative Ron Kirk on the issue on the weekend, but expressed disappointment that, although the case was first adjudicated in 2003, Antigua and Barbuda and the US are yet to find a "mutually agreeable solution to settle the case".
Spencer said Antigua and Barbuda had put forward several options to settle the case but that "there has been no fairness in the proposals received from the United States to date.
"Antigua and Barbuda's Internet gaming sector has been decimated by the actions of the United States, and we believe that we must be fairly compensated for those losses," Spencer said.
In an effort to bring a fresh perspective to the case, Spencer said he urged the trade representative to accept Antigua and Barbuda's recent proposal to take advantage of a "good offices" mediation effort by the director general of the World Trade Organization (WTO).
Spencer said Kirk acknowledged that a solution to the case had been elusive but assured him that "the United States remained committed to working with Antigua and Barbuda in finding a solution to the case".
The Antiguan leader said Kirk "expressed the willingness of his office to review the latest proposal from Antigua and Barbuda and to hold further discussions with Antigua and Barbuda's Ambassador in Washington, DC, over the next few days so that a strategy for further action could be discussed."
In 2005, the WTO ruled that the US had violated international trade agreements by prohibiting operation of offshore Internet gambling sites.
Antigua claimed that it lost US$3.4 billion a year due to the US action, but the WTO awarded Antigua US$21 million.
- CMC http://jamaica-gleaner.com/gleaner/20120417/business/business2.html 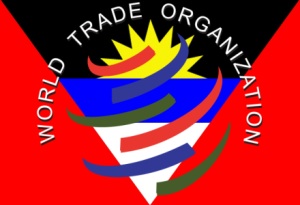 Many in the gambling industry thought they’d received an early Christmas gift following December’s surprise announcement by the US Department of Justice that the Wire Act pertained only to online sports betting. For the nation of Antigua, it was like getting a Christmas gift they’d been promised years ago, but appeared to have got lost in the mail. For Antigua, the DoJ opinion appeared to be the first serious acknowledgement US authorities had given the World Trade Organization’s ruling that America needed to get its online gambling house in order.
...
‘OLD RELIABLE’ JUST WON’T CUT IT ANYMORE
Mark Mendel, Antigua’s lead attorney in the WTO dispute with the US, told CalvinAyre.com that the DoJ’s pre-Christmas bombshell had “vaporized … the entire defense. The American government has now admitted that we were right all along in our assertions about US gaming law. It is going to be very hard for them to fall back on the ‘old reliable’ that they ban all remote gaming because it is incapable of regulation. I am hopeful that they will realize at this point that settlement is in everyone’s best interest and engage on a constructive basis with Antigua.”

Problem is, as Mendel knows all too well, “to date, [the Americans] have simply ignored the whole thing.” It’s tempting to conclude that the US attitude towards the WTO is like how Robert De Niro’s character in Casino described the betting habits of Joe Pesci’s character Nicky Santorro. “When he won, he collected. When he lost, he told the bookies to go fuck themselves. I mean, what were they going to do, muscle Nicky? Nicky was the muscle.”
Looking ahead, Mendel says Antigua is considering a number of options, including “commencing a new case altogether.” In arriving at the $21m annual compensation figure, the WTO used a formula that considered only Antigua’s theoretical share of the US online horse wagering market. Given the imminent expansion of online betting options in the US, that horse-racing-only formula now seems even more insufficient.