We keep receiving queries from people who purchased companies through offshorelegal.org and Panama Legal.  Those are generic names for websites with great SEO reach.

Each Panama corporation is required to have a resident agent.   Under Panama law:
- The Resident Agent must be a Panama lawyer accredited in http://www.organojudicial.gob.pa/abogado/s4abi.php or law firm,
- The law firm must have the name of its partners under the Code of Ethics. 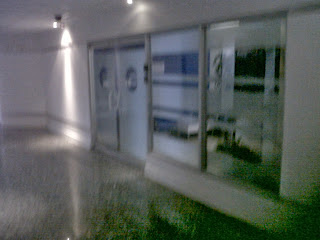 Generic names like Panama law or similar should raise red flags with a prospective buyer of Panama corporations.   If these resident agents have no permanent office, this can be a problem for the shareholder of the company when KYC is needed from the nominee directors when opening bank accounts.   Bank constantly are required to update information they have on corporate shareholders, so a general power of attorney may not be sufficient to comply with bank requirements.

With offshorelegal.org the trail stops with its dissolution.   Previously it listed several cellphone numbers and a toll free Panama number.   No lawyers or names are described in its archived website but the Public Registry shows 2 lawyers as its members.  Their Panama office at OBP is now occupied by a building company.


Panamalaw.org does not list any lawyers in its archived website.  It has been linked to a civil partnership called Panama Legal.

The lawyer members are in Torre Delta, the old Bankboston building in Via Espana:

Email ThisBlogThis!Share to TwitterShare to FacebookShare to Pinterest
Etiquetas: lawyer

The government of Panama has made the development of its transportation and logistics sector a top priority, having identified it as one of our pillars of economic growth, along with tourism, finance and agriculture.

With this goal in mind, a number of transport infrastructure projects have been undertaken, including the expansion of the Panama Canal and the construction of a new metro in Panama City. Emphasis has been placed on the development of the aviation sector, with investments planned for new and existing airports, and continued expansion of the flagship carrier, COPA Airlines, is under way. 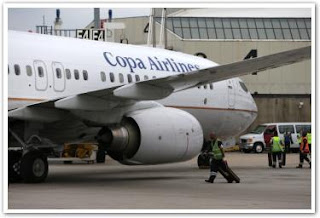 In line with Panama’s growing economy and status as an increasingly important connector between North and South America, passenger flows through Tocumen International Airport, the main port of entry, have increased rapidly in recent years. According to data from the Georgia Tech Logistics Institute in Panama City, the number of travellers handled by Tocumen doubled between 2005 and 2011, growing from 2.76m to 5.84m. This figure rose by nearly 20% in 2012, to reach 6.96m.

Expansion plans for Tocumen were announced at the end of 2012 and represent a significant step forward for the aviation industry. The $650m project will include the construction of a third runway, as well as a new South Terminal, which is expected to add 20 gates and double passenger capacity. This would follow on the opening of 12 new gates at the North Terminal earlier this year.

A large part of Tocumen’s increasing importance for regional transport is due to Panama’s COPA Airlines. COPA, which operates its hub-and-spoke system out of Tocumen, is responsible for more than 80% of the airport's daily operations, according to the airline. It is also considered one of the fastest-growing carriers in the region and over the next five years will be adding as many as 44 new Boeing 737-800s to its existing fleet of 83 aircraft. The fleet currently comprises 26 Ebraer 190s, 18 Boeing 737-300s and 39 Boeing 737-800s.

On the Pacific side of the country, construction of a new terminal at the Enrique Jimenez Airport in Colón is expected to be completed in July, with its total cost coming to $58.35m, according to information from the Civil Aviation Authority. The airport is already an important asset for the Colón Free Zone, a centre of business and logistics.

The new Scarlet Martinez Airport, meanwhile, is set to open just two months later, in September. Construction of the facility, which is located in the central provinces of Rio Hato and Cocle, is expected to cost more than $50m. The airport will primarily serve tourists looking to take advantage of Panama’s beach and environmental attractions.

By investing in airport infrastructure, Panama is well-positioned to capitalise on expected long-term air travel growth in the Americas. According to projections from Boeing, intra-Latin America air traffic is expected to rise on average by 6.5% per year between 2011 and 2031, while this figure stands at 5.1% for travel between North and Latin America.

Other local factors – including a rapidly expanding economy, a growing tourism sector and an increasingly important position in regional trade and finance – are expected to further drive demand for transportation services and support the government’s bid to make Panama a major air traffic hub within the Americas.