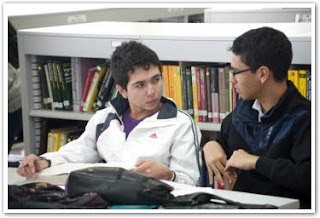 Recent economic growth in Panama has been driven by public spending on large-scale infrastructure projects, but sustaining this expansion will likely prove difficult without improvements to the education system. While some reforms have been implemented in recent years, these initiatives have drawn criticism from teachers.

The World Economic Forum’s 2012-13 Global Competitiveness Report (GCR) ranks Panama 112th out of 144 countries surveyed in terms of the quality of the education system. This is far behind neighbouring Costa Rica (which ranked 26th) but is above other Latin American nations such as Nicaragua (121st) and Honduras (135th). Other key GCR rankings include the quality of primary education, on which Panama placed 115th, and the quality of mathematics and science education (125th). Of the reported challenges for conducting business in the country, the inadequately educated workforce was the third-greatest concern.

These gains may well have come as a result of reforms that began in 2010, with the restructuring of primary, middle and secondary school curricula. As of the end of 2012, the Ministry of Education (MEDUCA) reported that some 62.4% of middle schools had already completed the transformation. On top of a complete overhaul of the curriculum, the public school system is adopting a four-semester school year. The ministry has created the National Team for Curricular Innovation and Modernisation, formed by some of the system’s top teachers and professionals, to monitor and revise public school curricula on a more regular basis.

Changes continued in 2011, with the government setting up the National Teacher Training Programme (ENCAD) to improve teaching standards, particularly with regard to the use of technology in education. MEDUCA reported having successfully completed its first iteration of ENCAD training for 100% of teachers in 2012.

The signing of Executive Decree 920 in October 2012 has proved more controversial. Among other goals, the law aims to implement a more rigorous system for hiring and evaluating public school administrators and teachers. This has drawn strong criticism from teachers unions over the past six months, with some educators threatening strikes. The reaction was not unlike what transpired in Mexico in early 2013, which has passed similar legislation.

Despite weaknesses in the education system, Panama holds several advantages over some of its regional competitors when it comes to transforming itself into a knowledge-based economy. The country has a strong information and communications technology infrastructure plus a relatively high level of technological adoption. These factors helped Panama earn a ranking of 65 out of 145 countries in the World Bank’s 2012 Knowledge Economy Index.

While more funding does not always result in improvements, combined with the various reforms implemented throughout the past three years, the education system may just be able to turn a corner. This will help reduce reliance on outsourcing business and importing skilled labour, thus creating a more competitive and sustainable economy in the longer term.