Thanks to strong governmental support, investment and a wealth of natural resources, Panama’s tourism sector has developed rapidly over the past decade. Expansion is expected to continue, with the industry seen as an integral part of the government’s efforts to sustain GDP growth and create 860,000 new or better jobs by 2020. 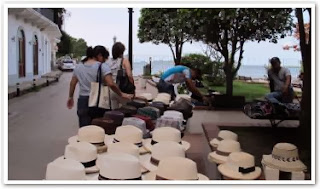 Tourism’s recent success explains in part why the government has placed such emphasis on the sector. In 2002, Panama received 533,500 visitors, behind Costa Rica (1.1m), Guatemala (869,100), El Salvador (798,200) and Honduras (549,500), according to the Central American Tourism Council. By 2011, Panama had become the second-most-popular tourist destination in the region, with nearly 1.5m tourist arrivals, trailing only Costa Rica’s 2.2m.

The latest “Travel and Tourism Competitiveness Index” from the World Economic Forum underscores the sector’s development and highlights its competitive advantages. Panama’s global ranking rose from 56 in 2011 to 37 in 2013, coming in at fourth place in the Americas, behind the US, Canada and Barbados. This was largely thanks to strong scores in the categories of business impact of rules on foreign direct investment (fifth), natural resources (11th), air transport infrastructure (16th), policy rules and regulations (18th) and number of UNESCO World Heritage natural sites (18th).
Forecasts from the World Travel and Tourism Council (WTTC) indicate that the next decade should see the industry’s continuing maturity, as Panama looks to diversify its tourism offerings. According to the WTTC, the sector’s contribution to the economy stood at PAB4.68bn ($4.59bn), or 13.1% of GDP, in 2012, although these figures reflect the broader effects from investment and the supply chain, as well as induced income. The WTTC forecasts this figure will grow by 5.8% per year over the next decade, reaching PAB8.41bn ($8.24bn) or 13.4% of projected GDP, by 2023.

Capital expenditure in the sector has been and will likely continue to be a primary growth driver, with significant government investment in infrastructure and tourism development set to complement private sector outlays. The WTTC study predicted an 8.5% increase in capital investments in 2013 to $893.5m. That figure is anticipated to grow at a slightly slower pace of 6% per year up to 2023, by which time it will have nearly doubled to $1.6bn.
Investment has so far been heavily concentrated in the capital, Panama City, where the government is developing a $1.5bn metro and undertaking various initiatives to improve the city’s cultural offerings. Outlays include the $175.6m preservation and renovation of the historic walled city of Casco Viejo, one of the country’s two UNESCO world heritage cultural sites. Despite stimulating private sector investment in boutique hotels and cafes, the project has become controversial due to plans to extend the coastal highway, Cinta Costera, to the historic district, essentially wrapping a large roadway around the district’s sea wall.
Work on the historic district continues, while next door another development is set to add an entirely new dimension to the city, with the $100m Biomuseo, designed by Frank Gehry. The museum will highlight the role the isthmus has played in shaping world geography and climate while celebrating Panama’s biodiversity. There are hopes that the facility, which is scheduled to open in December of this year, will boost the profile of Panama City, just as Gehry’s Guggenheim Museum did for Bilbao, Spain.
With private sector developments taking advantage of Panama’s wealth of beaches and biodiversity, continued improvements to cultural offerings, and steady progress in other segments such as ecotourism, the country is well-positioned to meet growth forecasts for the next decade.